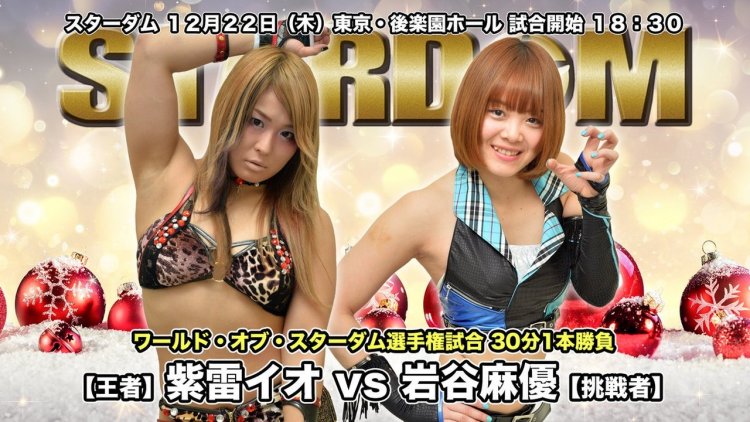 If you think Charlotte and Sasha Banks are having the best women’s matches in the world, think again. No disrespect to them, as they are both great wrestlers, but Io Shirai and Mayu Iwatani are at a different level.

These two Japanese women, both of whom have had serious interest from WWE, have had one of the most underrated in-ring feuds of the year. They capped it off at Stardom’s Year-end Climax show in what has to be the best women’s match of the year.

Iwatani is very thin, but she works really well and has an innovative move set that some indie guys in the US and UK should consider copying. Shirai is a very sexy bump-taker extraordinaire, and she did her neck no favors in this match. She took a few full nelson suplexes, one on the hard floor and one outside the ring apron. She also delivered some somersault rolling German suplexes (trust me, just watch the match to see it) in an awesome spot that will soon find its way in this country. These girls went all out in a kind of match you’ve not seen since the heyday of early 90s All Japan Women.

Of all the matches on this list, of all four quarters, no great match will go as criminally overlooked as this one. Don’t skip over it; please watch and enjoy and respect some great wrestling that exists in Japan that isn’t under the New Japan banner.