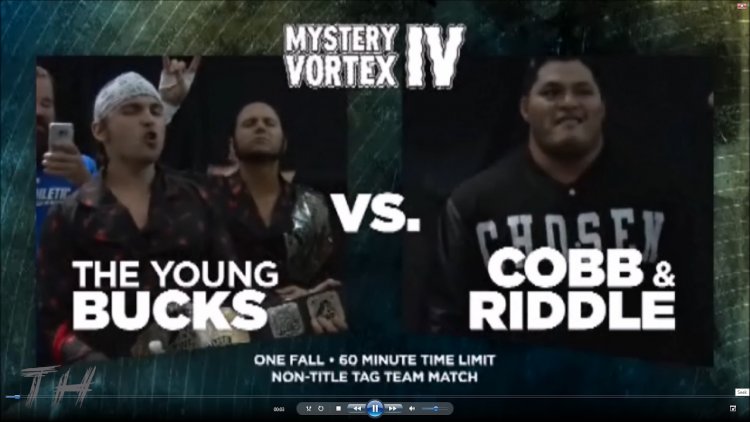 Part of this match were akin to the Harlem Globetrotters, with silliness like Jeff Cobb and Matt Riddle taking a pair of superkicks and then getting up like nothing and not selling a thing as they deliver suplexes.  Ridiculous.

But overall, this was a cool match that played to the strengths of Cobb and Riddle, who were allowed to shine even though Riddle sold the bulk of the match.  His MMA style offense was on full display, as was Cobb’s insane power and strength.  He’s gained a little weight, but it hasn’t affected his gimmick, power, or workrate at all yet.  Young Bucks were their usual selves, but worked in fewer high spots than usual.  They surprisingly did the job, meaning Cobb and Riddle are in for a strong 2017 with PWG (as they should be).