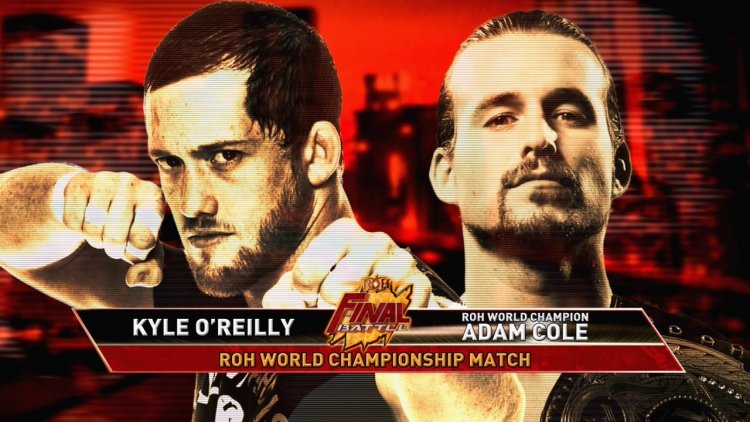 Following the prior two matches on the card, which were spotfests, Adam Cole and Kyle O’Reilly went out there and wisely had a blood bath. It wasn’t what people expected, given O’Reilly is a technical wizard and Cole is a heel pretty boy.

It wasn’t a weapons style garbage match, as they slowly built to the blading and judiciously used the foreign objects like the thumb tacks. The only bad part was the camera was focused on O’Reilly as he visibly bladed himself while draped under the ring apron underneath the ring. Cole lost the title here, which was also a mild upset.