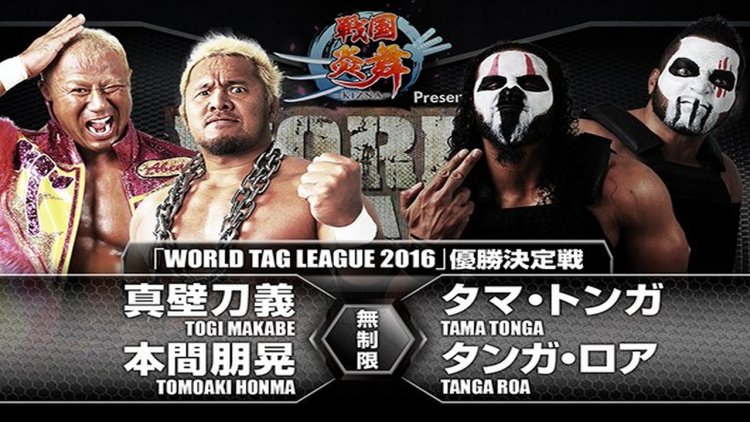 Despite the Japanese winning here, this was the match that finally made people take notice of Tama Tonga. I peg him as a future star because of his look and ability, and the heritage (he’s Haku’s adopted son) doesn’t hurt. It was arguably his best match ever in Japan.

Action was good back and forth, and although the execution wasn’t 100% crisp all the time, it was definitely more than good enough. Everyone worked hard, stiff, and they had the crowd as the match wore on. I still don’t like the way some of the wrestlers swear at each other in NJPW (it makes them look low class, and turns off more viewers than it turns on), and there was a lot of that here. Otherwise this was excellent and the near falls were really good.